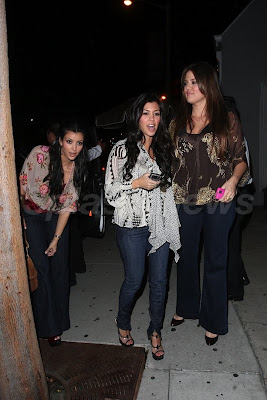 The reality star found herself face deep in a toilet after drinking just a little...well...a lot too much.

The sober star usually shies away from the strong stuff but gave into the peer pressure after her sisters called her "boring."

Kim prayed to the porcelain gods and could barely stand.
The 28-year-old couldn't even muster a proper walk of shame and had to be carried home by her sisters.

The next day, Kim told her siblings:
"I'm so hungover, I feel like s**t. This is exactly the reason that I'm never drinking, ever again."
Posted by Resshell Brian F. Rojas, REB, REA at 4:16 AM