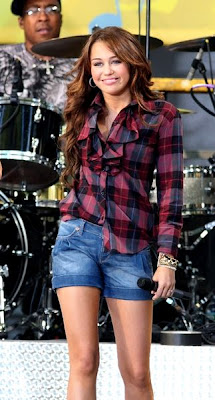 Many were amazed how Miley Cyrus performed the role in Hannah Montana, the Disney character famous on T.V. No wonder many producers are after Miley Cyrus. According to sources, Miley Cyrus is the perfect Hollywood star to portray a role of a young teenager who falls in love with her best friend. It is a typical story that is happening right now. After Hannah Montana, Miley Cyrus will have to take another leap in her acting career.

But another challenge will be finding the right on screen love partner for the young Miley Cyrus. Many speculations that it would be Zac Efron. But that is really a blast. Zac Efron is very much known for Vanessa Hudgens.
Posted by Resshell Brian F. Rojas, REB, REA at 6:28 AM