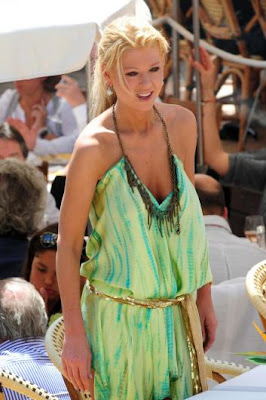 Wow, Playboy is really going to the dogs. Your favorite washed up train wreck, wonky-tittied Tara Reid, is reportedly stripping for Playboy! Digital Spy reports, American Pie actress Tara Reid has allegedly stripped for an upcoming issue of Playboy. According to reports, the 33-year-old star posed for the cover of the legendary men’s magazine in Santa Monica. But this issue of the magazine has yet to come out for public consumption.