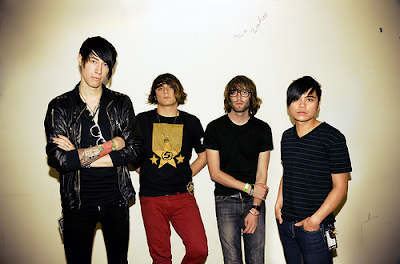 I was watching MTV this morning and I get closed to a band that I think is going to make big waves in the coming days. They are called Metro Station and their song is Shake It! According to sources, the band is going to have a concert with Miley Cyrus. This is going to be held in the USA.

The concert is like a tour and Miley Cyrus is the main attraction as they visit several states. If this concert feasible, the group might go on a concert abroad and several countries will be the venue of the concert. The lead man of this band is the brother of Miley Cyrus.
Posted by Resshell Brian F. Rojas, REB, REA at 6:08 AM